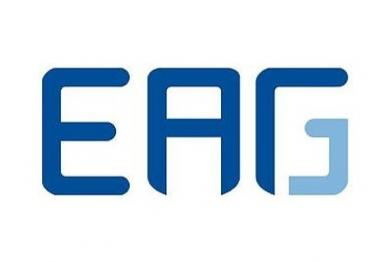 The representatives of the Republic of Belarus took part in the 23rd Plenary meeting of the Eurasian Group on Combating Money Laundering and Financing of Terrorism (EAG) that was held in Moscow, Russia in November 2015.
The Belarusian delegation included the representatives of Financial Monitoring Department of the State Control Committee, National Bank, Ministry of Internal Affairs, General Prosecutor's Office, State Security Committee.

Background: Eurasian Group on Combating Money Laundering and Financing of Terrorism (EAG) was founded in 2004 with the aim of joining efforts to combat crime in the financial sector and reduce the threat of international terrorism. The EAG is uniting 9 member states and 14 observers. Also, 18 international organizations and specialized institutions have observer status within the EAG.

The main goal of the EAG is to create and all-round development of national systems for combating money laundering and financing of terrorism in the Eurasian region.
The event was attended by delegations of EAG member states: Belarus, India, Kazakhstan, China, Kyrgyzstan, Russia, Tajikistan, Turkmenistan and Uzbekistan, as well as representatives of the EAG observer states and organizations: Armenia, Italy, Poland, USA, Turkey, Montenegro, France, FATF, Egmont Group, Asian Development Bank, Anti-Terrorist Center of the Commonwealth of Independent States (ATC CIS), World Bank, Eurasian Development Bank (EDB), European Bank for Reconstruction and Development (EBRD), United Nations Counter Terrorism committee (UN CTC), Collective Security Treaty Organization (CSTO), the Organization for Security and Cooperation in Europe (OSCE ), the UN Office on Drugs and Crime (UNODC) Shanghai Cooperation Organisation (SCO), as well as Republic of Korea which was invited by the Plenary and received a status of observer within the EAG.
EAG Plenary meeting appealed to EAG member states to intensify efforts to combat the financing of terrorist organizations, as well as to the speedy implementation of the relevant resolutions of the UN Security Council. This appeal was made in the context of implementation of the FATF recommendations to combat the financing of terrorism and the financing of weapons of mass destruction.
Also experts from various countries discussed the practice of national risk assessment and the application of risk-based approach in the field of combating money laundering and terrorist financing.
At the Plenary meeting were presented the reports on the progress of EAG member states (Belarus, Turkmenistan, Uzbekistan and Kazakhstan).
The assessment of national systems for the prevention of money laundering and financing terrorism in Turkmenistan and Kazakhstan was made with participation of Belarusian experts from the Financial Monitoring Department and Ministry of Internal Affairs.
The Plenary noted the progress made by the Republic of Belarus in the development of national legislation in the field of prevention the legalization of proceeds from crime, terrorist financing and the financing of proliferation of weapons of mass destruction (the drafts on amendments and additions to the Basic Law, as well as the Criminal Code and Criminal Procedural Code). The Republic of Belarus shall report on the status of the draft laws and willingness to exit from the EAG monitoring procedures in the course of the 24th EAG Plenary, and shall provide its next follow-up report of the national AML/CFT regime at the 25th EAG Plenary Meeting in the framework of enhanced monitoring procedure. 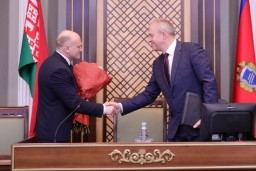